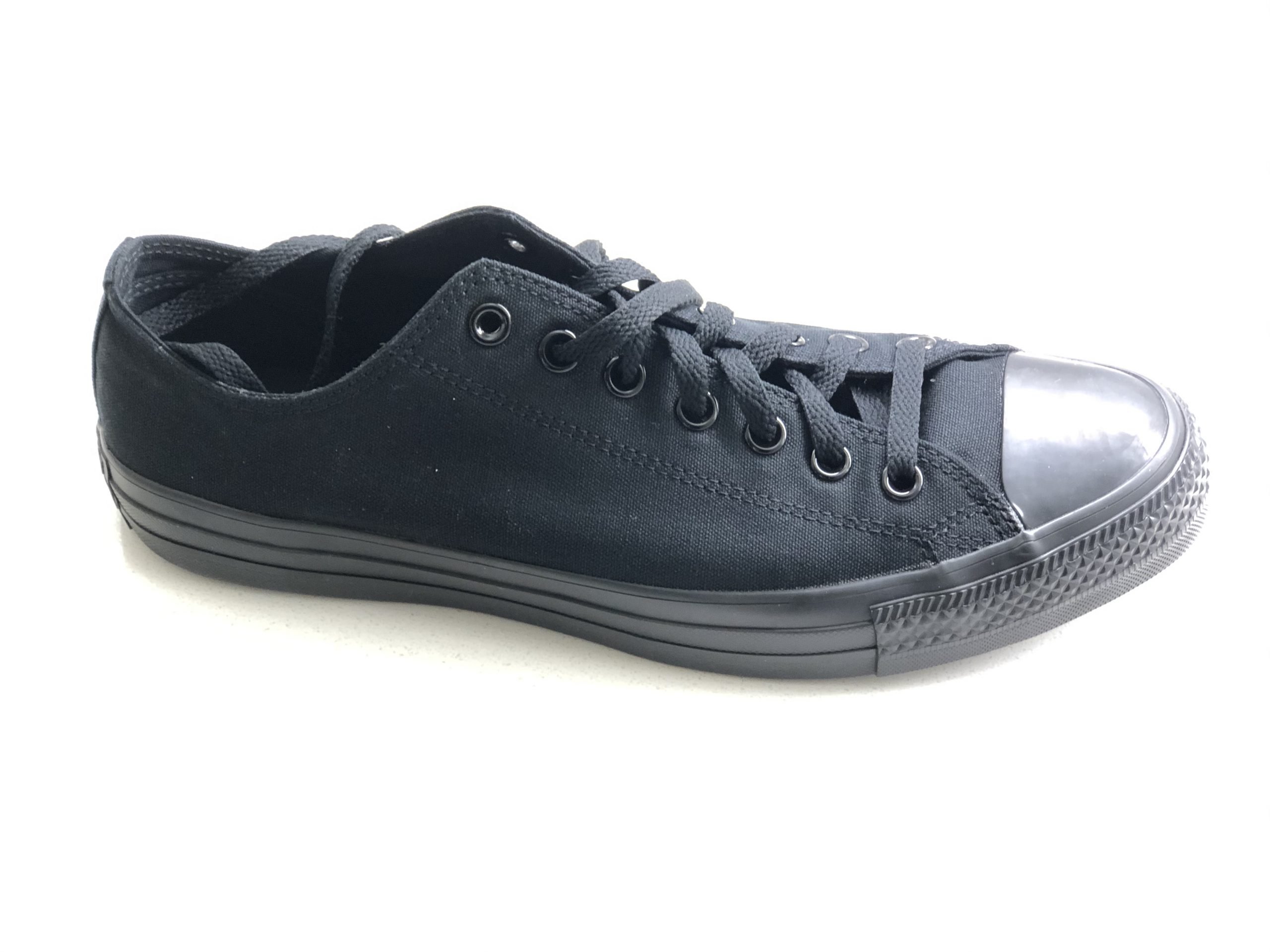 I just finished shopping in a typical large urban shopping mall. With over 360 stores, I was sure I could find a simple pair of black active-wear shoes, your basic laced up runners. I was on a mission.

The first store I saw was the very popular and trendy Steve Madden with a large “50% OFF” sign in the window. They had a couple pairs of runners that were close to what I was looking for, but they all had a white rubber band at the bottom. If it was black like the rest of the shoe, it would have been perfect. A salesperson asked if I needed help, but I politely declined the help as this was the first store I had tried. So, I left Steve Madden and I continued on.

Next was B2 Shoes, another trend setting store. I quickly found two styles that could work. I approached the checkout counter to find my size 11. The friendly young lady replied that they didn’t have an 11 in either of the styles, but she had 10.5. When I said 10.5 wouldn’t work, she suggested that I go online where they had a greater selection. I thanked her and went on my way.

I proceeded to Little Burgundy, Skechers, and then Hudson’s Bay with no luck. I was starting to believe this wasn’t going to be as easy as I had thought. But I was persistent. I found the mall directory and scouted out 29 other footwear locations, then planned my attack.

My first stop was Browns who also had “SALE” signs everywhere. I found a perfect match, and, for safety, I choose another as backup and took them both to the cash register and waited for someone to help me. Patiently I waited as someone else was being helped. I stood there waiting and waiting. Finally, someone ask if I needed help. I forced a smile on my face and asked if they had these shoes in size 11. The lady went to the computer terminal. “We only have the one pair in 10.5” she announced as if she saved the day. Again, I replied that that size wouldn’t work. A shoe that was a half a size too small wasn’t helpful unless they thought I could curly my toes to fit. As I left, she suggested that I go online where there would be more sizes available.

Dejected, I went onto ALDO shoes who had a “Two for One” sale. I didn’t want two pairs of shoes; I just wanted a simple pair of black runners. They had a fancier black leather shoe. I was becoming desperate. Once again, I stood in line to see if they had my size. As I stood there waiting for someone to help me, I started to understand why retailer store brands are doomed. “Can I help you sir,” asked the young girl with bright colored hair. Startled, I asked her if they had these in size 11.  No size 11 but they had a 10.5. Really! She too suggested that I go online.

I was beginning to think that size 11 was a rarity. I now understood how Shaquille O’Neal must feel with size 22 feet. The American Academy of Orthopedic Surgeons reports that the worldwide average shoe size for men is between 9 and 12. According to Shoes.com, the average Canadian male shoe size is 10.5. Do retail stores only carry the average size?

I continued on my quest checking Champs, Lacoste, Journeys, and SportsChek with no luck. Finally, I gave-up. I had spent over an hour with nothing to show for it. I moved on to other items on my shopping list.

As I was heading out of the mall feeling defeated, I saw the Foot Locker. “Last chance,” I said to myself. On display was a black Converse. I took it off the shelf and walked to the counter to once again see if they had my size. The girl tapped onto the screen and advised me that they did. I almost jumped up for joy, but I just stood there feeling sad that the retail business was dying a painful death and they were totally oblivious as to why. A young guy in a referee outfit came over with a box and opened it to show me that the runners were the same as the ones I took from the shelf. He put down the box as I started to take off my shoes to try them on. Unceremoniously, he left, and I am there to fend for myself. I thread the laces and put them on. Satisfied that they fit, I go to the counter to pay. I explain to the lady that I will wear them out and will not need the box. She replies that without the box I can’t return them. I agreed to this condition and paid with my debit card. She hands me a bag to put my old shoes in it, like I’m at a discount store.

I know all retail transactions aren’t like the one I just descripted, but this isn’t the first time I have been disappointed and totally frustrated with the line ups, lack of service, or no service at all, and limited selection and sizes. There are a number of reasons why retail store brands are doomed. Unconsciously, they are driving us to online shopping, if not telling us directly. Next time, I will start the retail journey on my laptop in the comfort of my own home.