In a globalized world, every city has to compete with each other for its share of the world’s talent, resources, tourists, investments, businesses, respect and attention. Cities compete for funds, talent and fame. Those cities that have the stickiness to build a strong brand definitely have an edge to stand out against the 4,036 other cities in the world (Source: reddit user Fingolas).

Branding a city is a daunting task but some cities have been successful. Think about it. Your product is a massive moving and breathing sea of people and services. Some in sync and others working against the grain. Talk about a quality control nightmare. Building a city brand isn’t about slogans, advertising campaigns and visual logos (for some cities this is a good start). It’s about understanding the essence of what makes the city tick and what attracts people in the first place.

The biggest challenge in building a city brand is the number of stakeholders involved in the process, which makes it crucial to have a clear strategy and defined goals. Alignment of all stakeholders’ around a vision is essential in building an effective, long-term city brand. Sicco van Gelder an expert in city branding says that the stakeholders need to come together in partnership. “Creating such a partnership is the first step in changing the way the city operates, because it simultaneously crosses divides such as those between town and gown, government and business, arts and sports, and commerce and culture, the public and community sectors.”

The physical and functional aspect of any city can be its geography, landscape, physical environment (such as its location, harbor and waterways), transportation, and physical attributes. Or symbolic buildings such as the Eiffel tower, the White House, Big Ben, Sydney Opera House and the Roman Colosseum. Or iconic symbols like a wooden sign on the side of a hill (Hollywood) or a white cross (Rio de Janeiro), or an orange bridge (San Francisco). It doesn’t hurt if a city has a few thousand years behind it or an iconic architectural structure that everyone wants to take a selfie with. But not every city has the luxury of time and forefathers who had more money and resources than common sense. The physical image and iconic architecture is the mental picture of the city’s brand but it is the unique experience that creates the brand story. The physical and functional attributes are just eye-candy to get the consumers’ attention or a least get in their photos.

The coolness factor can’t be underestimated in building a city brand with or without city eye-candy. Richard Florida, Director of the Martin Prosperity Institute at the University of Toronto’s Rotman School of Management, and author of numerous books on the subject of “creative class” says that we can’t underrate the importance of the Creative Class within a city. The Creative Class is defined as scientists and engineers, architects and designers, artists and entertainers and gay people. It is these people who create new ideas, new innovations, and new companies that help build a vibrant city. Forbes publishes an annual List of America’s Coolest Cities that is based on the amount of entertainment and recreational options, the ethnic and cultural diversity and the abundance of young people. We all know that cities with lots of university/college students is a happening place. Coolness is generated by word-of-mouth and media, especially movies where a blockbuster film can take a landmark and make it an emotional memory for life. New York City has hundreds of these moments. Check out NYNY greatest film scenes. It doesn’t need to be a blockbuster movies, TV series (like C.S.I. and Miami Vice) and major events such as the Calgary Stampede, SXSW, or Olympic Games hosting can have a huge effect on the city’s image and ultimately its brand.

A city’s brand depends on much more than where it is located, its climate or natural resources. It’s the human capital and history that shapes the experience, and provides the brand promise through food, shopping, museums, art, theatre, music, social activities and cultural events.

Unless you have a city that has an unprecedented brand promise like Las Vegas, the task of building a true city brand is almost impossible. City branding can be big business – in 2013, the Big Apple (New York City) had over 54.3 million tourists who ate, slept, shopped, and needed to be entertained. If each person spent a thousand dollars (cheap in Manhattan) they would generate over $54 billion. Cities continue to look for their elusive brand promise to help create the stickiness to stand out from the competition. Brand strategist Günter Soydanbay says not every city is New York, London, or Paris; nor should it try to be.

Most Cities Fail At Branding

No surprise, branding consultancy k629 database indicates that most city branding efforts fail (86%) within a year of introduction. Bill Baker, city branding guru says too often city branding fails because they try to become a consumer product, all wrapped-up in a nice advertising campaign. “Many consider that branding is purely a function of marketing communications and they do not take into account the behavioral, organizational and community-wide implications that successful place-branding can bring.”

The City of Toronto VS Austin

With all these barriers, it hasn’t stopped the city of Toronto from trying to build a vibrant brand with the sound of music. In a 2012 study commissioned by Music Canada it was found that Toronto is one of the greatest music cities in the world, and yet, it could be doing much more to maximize the economic benefits of this fact. “The music cluster strategy is an important step forward to helping Toronto claim its rightful place as one of the best music cities in the world,” says City Councillor Josh Colle. It was discovered that Toronto had more music assets than Austin, Texas but Austin leverages their assets to account for almost half of their $1.6 billion economic output. This is three times more economic activity compared to Toronto’s music industry from a city that is a third the size of Toronto.

To solidify the music focus, the initiative “4479” was launched. “4479” stands for 44 degrees North and 79 degrees West the map coordinates for Toronto. The website states that “4479 is an initiative to unite the people for whom music and Toronto intersect, around the idea of celebrating the extensive musical assets in the city, and promoting the growth of this vibrant economic sector.” Who knows, this initiative might catch fire and Toronto could be the northern version of Austin, Texas. Let’s hope their conductor knows as much about rallying people as they do about music.

A city brand isn’t an advertising campaign, slogan or logo. It’s the feeling and excitement that you experience the moment you step off the airplane, train or vehicle. It’s the rush you get when you broadcast to your family and friends – I’m here! Ever city should understand what it stands for and what is that one insight that stick’s into people’s minds. This is the essence of the city brand. If there isn’t one thing or moment sticky enough then you need to make one. Start with eye-candy then create a vivacious and lively city from the creative people within. If this happens a brand will be easy to see because it will be all around you – living and breathing. Yahoo from Calgary! 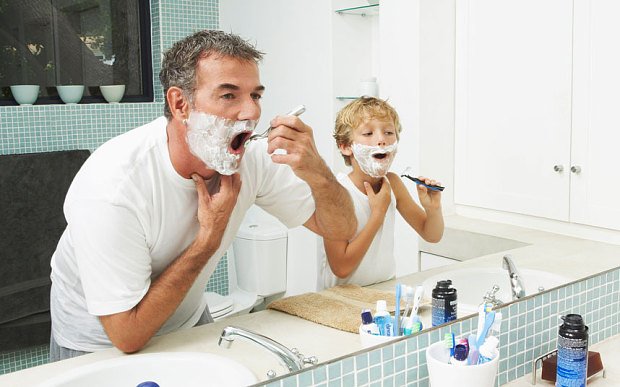 0 3631
The Secret to a Successful Brand Starts with “Why” 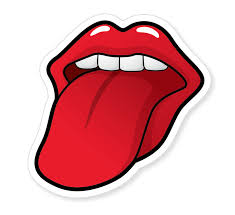 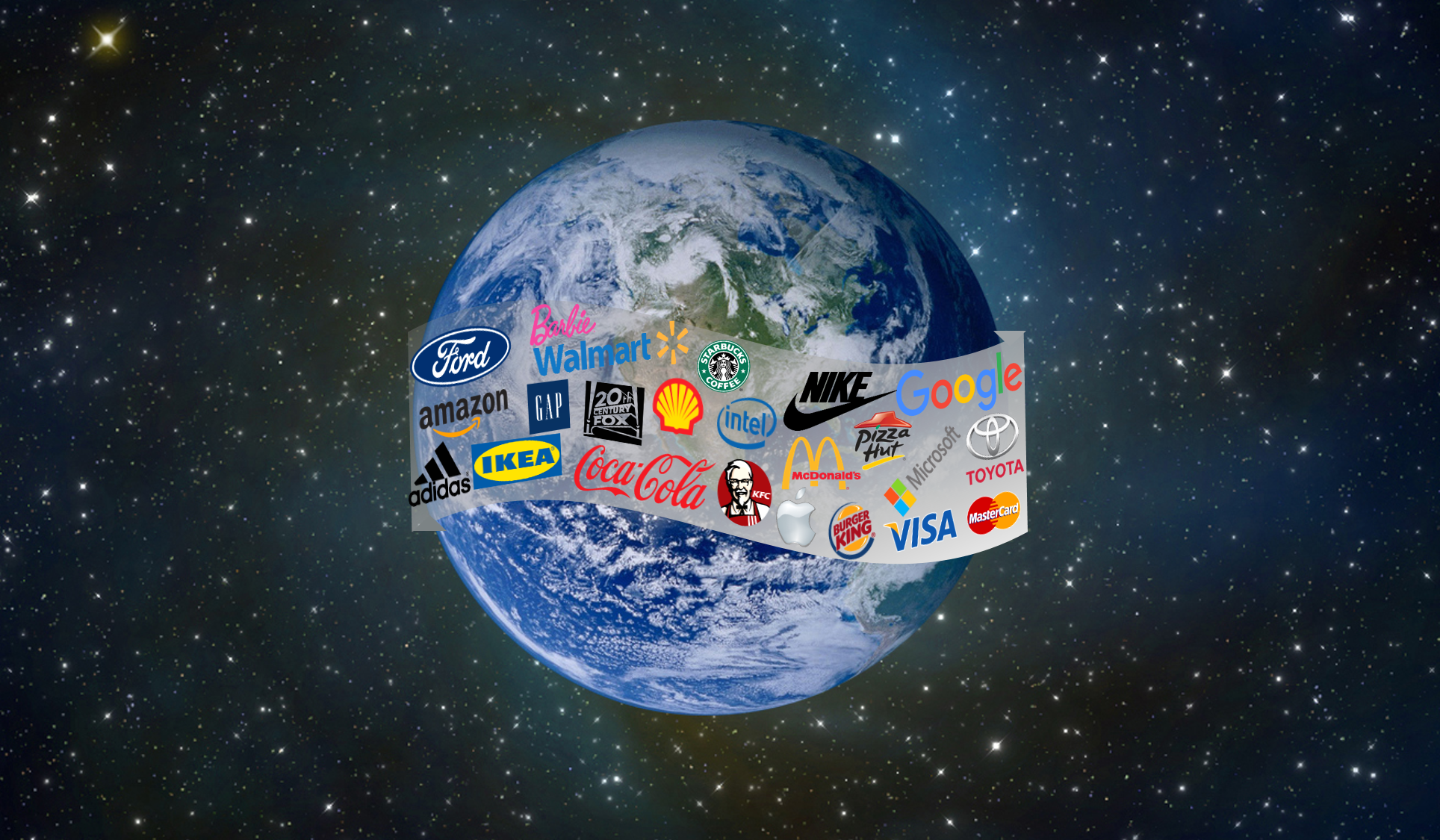