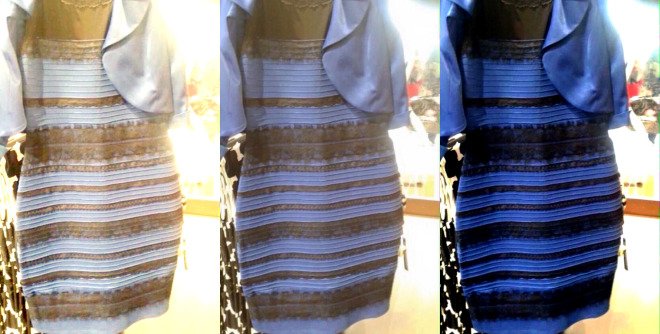 If you followed the virtual sensation of what colour was the dress as people debated online about whether its colours were blue and black or white and gold then you would agree colour does matter. Research suggests cells in secondary visual cortex (V2)  is particularly responsible for how we see colour consistency, which explains why a red apple still looks red if we look at it outside, under a lamp or in different lightening conditions – unless you are looking at a blue or white dress.

Loyola College research points to the connection between colour and memory: seeing a logo in colour makes it 39% more memorable than seeing the same logo in black and white. Colour also drives engagement: adding colour to blog posts, product guides, print advertising and other brand collateral increases readership by 80%

According to KissMetrics, “Color increases brand recognition by 80%.” But you also need to differentiate your brand from the pack. If you are starting up a new bank you might want to use a different colour than blue which is used by: Chase, JP Morgan, Deutsche bank, RBS, RBC, Prudential, Barclays, Citibank, Capital One, Union Bank, Bank of Montreal, to name a few. Then there are those who used the colour orange as the new blue, like ING Bank and the new bank Tangerine.

It is no surprise financial institutions and many other brands use the colour of ‘true blue’ as it emotes feelings for trust and dependability. But, according to a study published in the Journal of Business Research, customers are actually 15% more likely to return to stores with blue colour schemes than to those with orange colour schemes. Try to tell ING Bank that the orange isn’t working for them as they turned a profit of 3.5 billion Euros in 2014.

The Birth of a Brand Colour

There has been a great deal of work done in the area of psychology of colour in branding. But, to me it’s like buying a house. You make the initial decision based on emotion and then you rationalize it after the fact to legitimize your purchase. The birth of a brand identity really starts with the logo design which is generally done by a graphic designer. Depending on your budget, you can employ a single individual of a massive agency team (Top 15 graphic design companies from around the globe) then it will depend on their ability to sell you on the colour.

My assumption with most start-up companies is that the brand logo design and its colour aren’t the biggest concerns of the day. It isn’t where they are investing or spending their time. Their biggest concern is focused on getting their product or service to market.

To believe they have the brand all figured-out would be a stretch. You might know where you want to go, but how you get there is not always in your control and that includes your brand. I am sure the college dropouts Steven Jobs and Steven Wozniak, who started Apple Computers in Job’s garage, didn’t have a clear vision of where the Apple brand was going. Their first logo void of any colour could have easily been a Tolkien book cover (author of the famous The Lord of the Rings book series) than a company logo. The logo depicted Isaac Newton sitting under a tree with an apple dangling over his head. You know the rest of the gravity story.

This logo survived only a year, but the company now had the funds to be able to commission a real graphic designer Rob Janoff. He designed the rainbow colour apple with a bite taken out of it. This logo lasted 22 years until 1997 when the colours were replaced with a more modern monochromatic sleek look. It is these redesigns and modernization of brands that the rationalization and supporting stories are developed alongside the million plus dollar price tag from the mega graphic design firms. It is interesting that as the Apple brand became more popular, myths began to be told about how the Apple brand came to be.

Starbucks started with a brown or mocha coloured logo of a siren (or mermaid) from Greek mythology, which made sense since they were selling rich dark-roast coffee by the cup in Seattle on the west coast. But, 15 years later the logo was refined and the colour changed to green. Why? It is believed the three founders wanted to honour their alum matter, the University of San Francisco, which happens to a similar green.

There has been a great deal of research done to understand the effects of colour on consumer’s response. But Gergory Ciotti, marketing strategist at Help Scout, points out that there has been “numerous attempts to classify consumer responses to different individual colors… but the truth of the matter is that color is too dependent on personal experiences to be universally translated to specific feelings.” He goes on to explain that gender, background, and culture all play a role in how consumers are influenced by colour perceptions, but that doesn’t seem to stop the rationalizations.

If this is true why are all STOP signs and SALE signs red? According to a study published in the journal Emotion, Professor Andrew Elliot found that people react faster and more forcefully when they see the colour red, with the primary reason behind the phenomena being that the colour red enhances physical reactions as it is programmed into our psyche as a cue for danger.

A brand that has used the power of red successfully for over 128 years has been Coca-Cola, which sells about 19,400 beverages every second around the world. Like the SALE sign, Coca-Cola started advertising their brand by painting big red signs on the side of buildings and coolers. They continued on in the early 1900’s with outdoor billboards and traditional advertising. In 1931 they successfully tied their brand to the man in red – Old St. Nicholas. As the years passed, the colour red became synonymous with Coca-Cola. It required years and years of persistence and hardnosed application of the brand principles. As the brand developed over time, a process was developed to define and codify the brand values and its essence. In this process, the brand colour(s) also get encoded into the brands DNA. 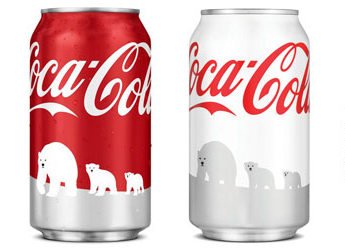 In 2011, Coca-Cola slipped up by changing their sacred red Coke can to white during the December holiday season to celebrate their highly successful polar bear advertising campaign. Within weeks, the white “polar bear” cans were pulled off the shelves because of a tremendous backlash from retailers and consumers, who were confused by the change from the traditional red. Some even complained that the taste of the soda was different—all because of the colour of the can!

Getting the brand DNA right takes time and is built on what works for the brand’s customers, but once the brand colour is locked in you must be ruthless in protecting this relationship to a colour and what the brand represents.  Can you see a John Deere customer selecting the colour he wants for his tractor? It comes in green or green or green. 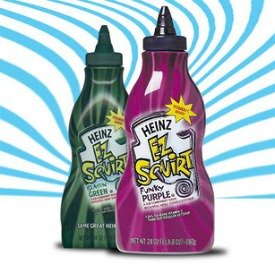 When you think of Heinz ketchup you automatically think of the tomato red coloured bottle. They had the opposite results from changing their red coloured bottle to green. The Heinz EZ Squirt Blastin’ Green ketchup was a phenomenal success. But, to be fair, they still had the red bottle for those customers who didn’t want to change. More than 10 million green bottles were sold in the first seven months following its introduction. All because of a simple colour change. I am not sure if the ketchup tasted better.

Colour is a powerful signifier of a brand. When customers visually scan store shelves, they look first at colour clues, then at shapes, and finally at the label or name of the brand. Research conducted by the Seoul International Color Expo 2004 found that 92.6% of customers put visual factors as most importance when purchasing products and the colour accounted for almost 50% as the important factor. The Institute for Color Research found that people make a subconscious judgement about an environment or product within 90 seconds of initial viewing and that between 62% and 90% of that assessment is based on colour alone!

The colour a company uses to brand itself conveys how trustworthy they are, the quality of their products, how fun they are and much more. So, you need to have the right colour to succeed.

Paul Bottomley and John Doyle authored a study: The interactive effects of colors and products on perceptions of brand logo appropriateness where they demonstrated that the relationship between brands and colour are based on the perceived appropriateness of the colour being used and the particular brand personality you are trying to portray.

Does the colour fit what the brand represents? An obvious misfit would be the colour pick with a somber and serious lawyer firm brand or a funeral home. While the colour of pink might differentiate the brand, it might not built a solid brand message. Because there are so many brands today, it is getting harder and harder for new brands to build their own unique brand colour positioning, so they are pushing the limits of what is appropriate. In every business category, there is an outlier who isn’t following the colour code like Orange’s orange, T Mobile’s neon pink, Veuve Clicquot’s bright yellow, Yahoo’s purple, and BP’s lime green.

If you want your brand to be synonymous with a colour, you need to use your colour everywhere. The store environment or anywhere it makes sense. A fleet of planes painted orange with airline attends wearing orange uniforms (EasyJet), a fleet of brown delivery vans with drivers wearing brown uniforms (UPS), the tastefully accent colour of robin egg blue surrounding gold, silver and diamonds with the iconic blue box (Tiffany & Co), and flooding the exterior and the interior of the store and staff in yellow and red (Shell and McDonald’s). The colour is part of the brand experience.

I wonder how many brand colours were the results of the whims of the graphic designer exploring the next trend or the personal taste of the CEO’s spouse. In the case of Facebook, the founder Mark Zuckerberg is red-green colour blind so blue was his choice.

Well thought-out colours can help define a brand’s value, strength and positioning, which will boost awareness and customer recall and differentiate the brand from the competition. If chosen effectively, it can even set the emotional stage for the overall brand experience.

The right colour does matter. 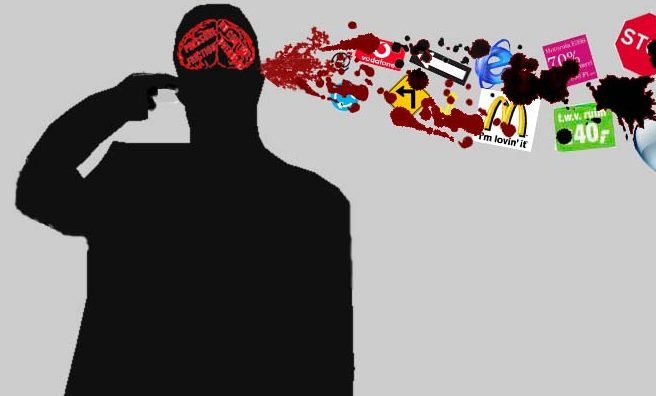 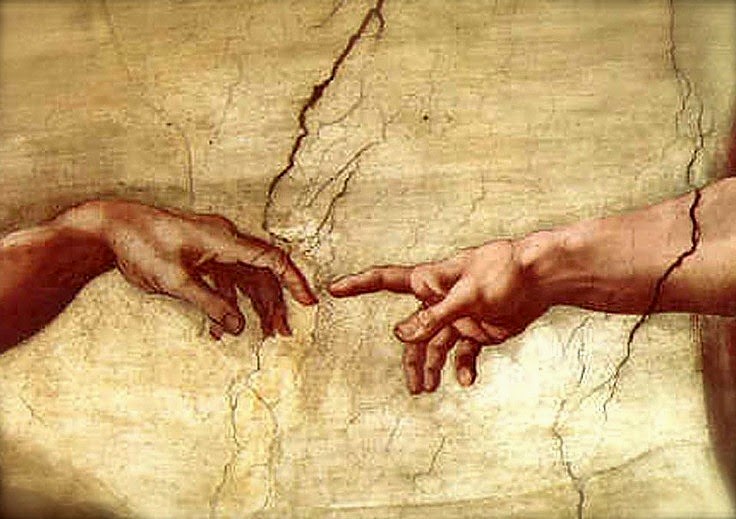 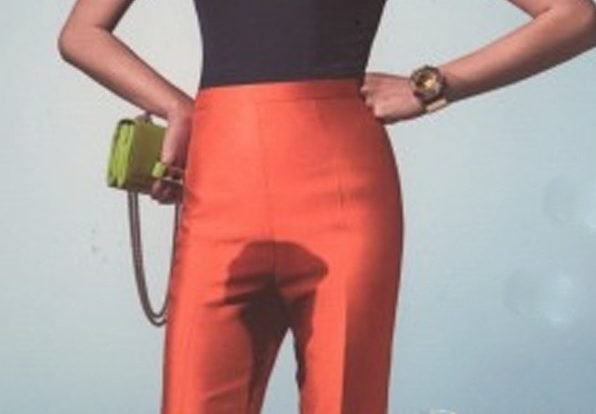